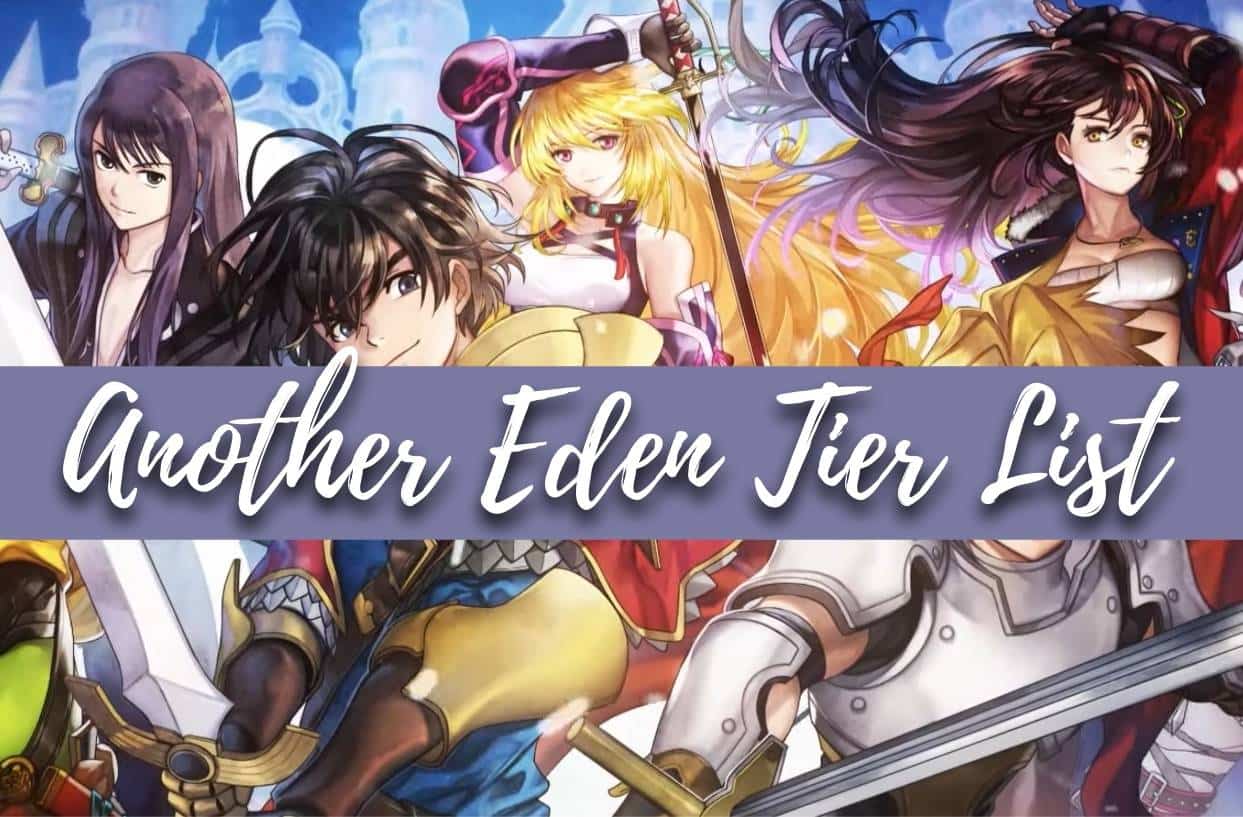 Your search ends here. You will find a complete list of all heroes in Another Eden in this list along with their ratings so that you can choose the best ones.

But before that, here’s some more on Another Eden…

Another Eden is one of the most popular free games that is enjoyed by millions across the world. What makes it unique is that it focuses on JRPG elements rather than the gachas. More importantly, this works well in favor of the game because of a well-woven story that goes extremely well with the robust gameplay system.

As if this was not enough, this is a game that comes with a highly colorful cast of characters that are not just appealing but also have highly exciting skills and traits to make the game even more interesting.

Each and every unit in Another Eden is unique and it is best to optimize your team so that you have the best possible heroes in it to help you get an edge over your competitors. In this Another Eden Heroes List, you will find heroes listed from strongest to the weakest.

At the onset, I would like to clarify that Another Eden tier list has been made with PvE content in consideration. This is because the game is primarily assumed to be a story-driven experience. As you go through the list you will find that a couple of heroes are marked with an AS tag against their name, which stands for “Another Style”. What it implies is that there is a different version of the hero that has slightly tweaked stats and skills.

Moreover, it is important to mention that the following list has 4 and 5-star units in order to have a list of heroes for you that comes with the maximum potential. The aim is to help you succeed in the game with a team that is better than other players.

You can also check out: Epic Seven Tier List

Without much ado, here’s Another Eden Tier List, worst & best heroes of the game:

These Another Eden characters are the best or most powerful heroes in the game. These are the heroes that come with amazingly powerful stats growth and possess outstanding skills for all situations.

Just below the S-Tier is the A-tier. Heroes in this list are slightly weaker than those in their tier above it. Having said that, there’s no way you can undermine the importance of these heroes since they are also highly skilled and proven to an amazing asset. As a matter of fact, some of these heroes outperform some of those in the S-tier, when they are used correctly.

After A-Tier comes with B-Tier. Even though these heroes do not come with extra powers they are still good and useful for your team. These include the following:

Next in the list come the C-Tier characters. Anyone can make out that these are less skilled and competent as compared to those in the tiers above them but could be the best 4 stars characters in Another Eden. Heroes in this list are average to slightly weak but they can be really useful under certain circumstances.

These heroes are to be used when you do not have any option left.

These are the worst heroes of the entire lot. As soon as you get the chance, you must replace them with those that are more useful.

So, here’s the complete list of heroes that you will find highly useful when arranging the team in Another Eden (the game developed by WFS).