Final Fantasy VII is a game that seems to have gained cult status with millions of fans around the world. Lets’s have a look at the Final Fantasy VII Characters that make this game so exciting.

Final Fantasy VII is one of the most exciting games in the series, and there seem to be a couple of reasons behind this. It is a powerful mix of all features that a good game should have, including an exciting and riveting story and some highly interesting characters. Those who have played that game, love it for its heroes and many other characters. I would like to point out that most players love to hate its villains too. Moreover, many characters in between help move the game ahead, making it a compelling narrative. We have also covered Final Fantasy VII remake system requirements if you wanna have a look!

Here are 10 of the most interesting characters of Final Fantasy VII:

It must be noted that Strife is a character that comes with an intricate past. Not just this, Strife is also marked with a trubulent character progression.

It must not be missed that Strife is the one that saves the world from the doom. He is known to go to hell and them come back again and in the process he is known to overcome his personal demons to give his arch enemy Sephiroth a big thrashing. In his long journey, he is also known to learn what true love and friendship means. Ultimately, he saves with world with the power of love as well as true friendship.

When it comes to villains Sephiroth is a couple of notches above the rest. As a matter of fact, it would not be wrong to label this character as the supervillain. Even though his origin makes him win a little bit of sympathy, everything vaporizes into thin air as he sets start on a path of destruction, killing one of most of the most lovable character of the party.

For here, Sephiroth makes it outright clear that he would destroy the whole planet without even giving it a second thought. This is a character that comes with all the vices making it highly cunning, calculating, and merciless. What is even more interesting is that even after being defeated, this character gets back to threaten and destroy the planet once again in the follow up movie Advent Children.

Aerith is most remembered for her tragic death scene in the game. It would not be wrong to say that her death is the most emotionally gripping moments of the game. The fact that it happens so suddenly and unexpectedly while she and Cloud Strife are enjoying there romance, makes it even more tragic.

Aerith is sweet and one of the most lovable characters of this series. She sets start as a girl selling flowers and later on becomes the central force in saving the entire planet. In other words, she plays an important role in the salvation of the entire planet. She takes center stage in the plot by casting the Holy spell to counteract Sephiroth’s Meteor attack in order to protect the planet.

Tifa is another character that plays a pivotal role in this series. She’s portrayed as a tough girl and plays an important role in getting Cloud Strife back on track when his mind is shattered by Sephiroth.

She is a true friend of Cloud Strife and her friendship goes back to their very childhood. As the game progresses, many aspects of their relationship are revealed. Even though one might believe both strife and Tifa to be romantically involved, there’s nothing more than true friendship between both of them. Both of them tend to save each other at times.

If you have bee following all the games in the Final Fantasy series you must have noticed that all these have a mysterious rouge on the team. Vincent is exactly that character. He is supposed to be a former Turk member and he comes with certain special powers. He is known to possess supposed immortality. Not just this, it is also known to have the power to transform himself into various creatures.

In the beginning, there’s not much to this character but as the story unravels, it becomes clear that there’s more to this character than meets the eye. In fact, this character has gained immense popularity and he is known to have starred in his own spinoff for Playstation 2 in the form of Dirge of Cerberus.

This is yet another interesting character of the game. It is supposed to be a hybrid of a lion and a dog and is a result of genetic experimentation by Shinra. Even though most players tend to overlook this character initially, they develop deep intense liking for it as the plot moves ahead.

RED XIII is initially shown to have a deep disdain for his father to have left a key battle when in the midst of it. However, when he learns the truth about his father doing so, he’s up for an emotional roller coaster. This character comes with an amazing arc in the game and most players long for it to have a longer role in the game rather than the short appearance that it has.

Now this is a character that appears to be rather cool featuring brute force.

There’s lot more to this character than just that. As the story moves on, you get to learn that Barrett is leader of an eco-terrorist group that goes by the name of Avalance.

As you get on with the game you realize that Barrett attacked Shinra Corporation in order to seek revenge and that he tries his best to justify his vengeful attitude by hiding it under the guise of environmental benevolence.

Now, this is a character that occupies a central role in the story. Apparently, he looks like the evil face of the Shinra Corporation but in reality, he is known to secretly work for the AVALANCE in order to help overthrow his own company.

Even though he dies in the game, he reappears in the feature-length anime or the follow up – Final Fantasy VII: Advent Children.

Zack is one character that has quite a connection with Cloud. He is connected to him in Cloud’s past as well as future in ways more than one. He is one who makes Cloud accept for who he is and what he is capable of.

Both Cloud and Zack are shown to be soldiers and both of them wield buster swords. Not just this, he is also known to have a deep relationship with Aerith and Sephiroth.

Now, Final Fantasy VII has many villains but none of them is as diabolical as Professor Hojo for the main reason that he is the one who is actually responsible for creating Sephiroth.

He is a mad scientist who get the world to the brink of destruction. He is known to tamper with cells of an alien species known as Jenova which nearly destroys the planet.

How many playable characters are there in FF7?

Final Fantasy 7 has four playable characters and these include Cloud, Tifa, Barrett, and Aerith.

Even though it is not officially claimed, she and Cloud are known to be more than just friends. Many would like to believe that it is Tifa who is Cloud’s girlfriend.

No, it is not a playable character in the game and one of the main reasons behind this is that he is introduced quite late in the game.

Who is the main villain in FF7?

No doubt it is Sephiroth.

Final Fantasy 7 is quite an interesting game and once you start playing it, you start loving its characters too. 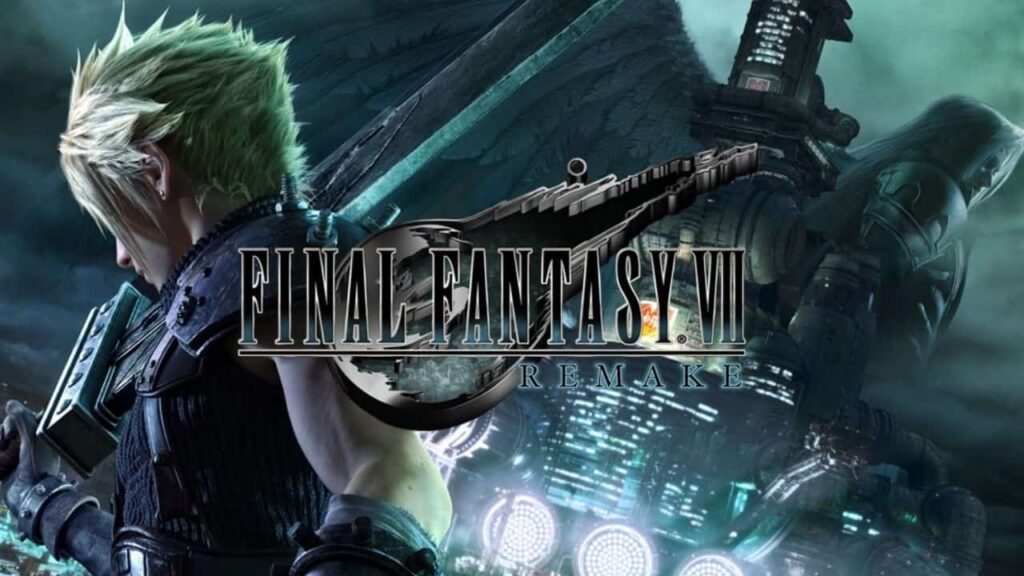