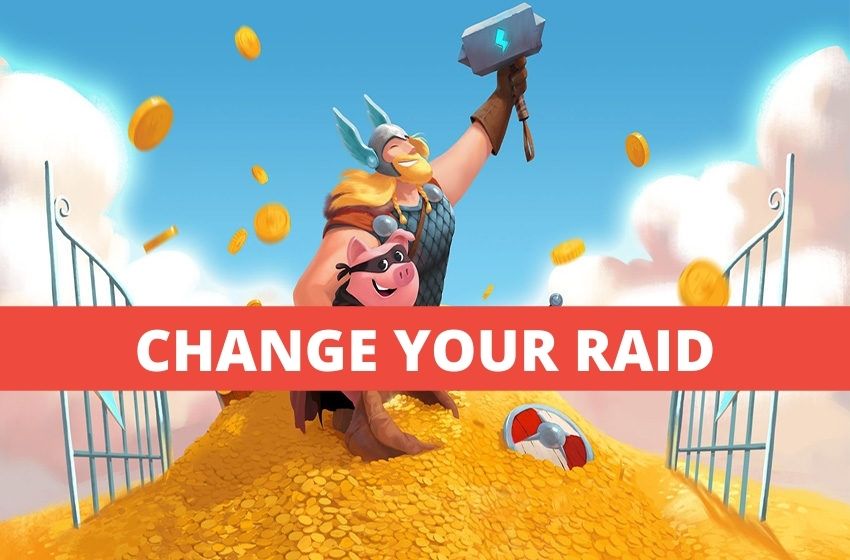 Coin Master is a game that is incredibly popular and raids are an important part of the game. Conducting raids on your opponents helps you get a massive load of coins that turn out to be highly useful for you. Likewise, raids are a massive opportunity for your opponents to grab your stack of coins and thus, it is natural that you seek the answer to- How to Change Raid in Coin Master?

What is a raid?

Within the game, you have an option that says Action. As you spin a raid the game directly lands on another player’s village and while doing so it also gives you 4 spots that are marked with an X. Not just this, you also get 3 shovels to dig so that you can collect coins from this village.

How to change raid person in coin masters?

You might be in for some disappointment here and this is because raids are automatically given by the coin master and you do get an option to change the raid.

What you need to keep in mind is that real players of the game do not involve in tactics and such other things. It is only through their hard work and smart play that they can scale to higher levels in this game.

Even though officially there is no way to change the raid, you can actually have a way around it if you play it smart.

So, here is an easy and smart way way to change your raid in coin master:

These are just a few simple and smart steps to help you change the raid.

How do you earn coins in raids?

Raids are a great opportunity to move ahead in the game by winning more and more coins and there are two main ways through which you get the opportunity to raid another player’s village. One of these is the bet feature, and the second one is through the pet foxy.

Also check out: Earn coins and spins for free daily

It is not unusual for players to win two to three times and even more coins and spins through the raid feature.

Not just this, the winning number of coins is also multiplied by a couple of times. The raiding player can actually see how many times his winning amount is going to be multiplied when he actually bets in the game.

Foxy can play a very important role while conducting raids. This is a pet that gets unlocked at the 4th village. What it actually does is that it gives you an extra shovel so that you can dig an extra chest and thus, get a whole lot of more coins in the game.

Raids, as mentioned above, are a great way to boost your stock of coins and of course, get more free spins as well. This brings you to the big question – How to check is the raid is big enough?

The simplest way to check whether a raid is going to be big enough is by checking BET X1 button. You need to check this button regularly till it shows you BET 10 X. If however, it stops at BET 3X, check the game update.

When you get a BET 10 X, there is high possibility that you would be able to collect as many as 90 to 120 million coins depending upon the stars that you have. The more stars you have, the more coins you are likely to win. Thus, Betting is a great way for players to collect a huge load of coins in the game.

Coin Master is a highly interesting game and once you start playing it you kind of get hooked to it. It is hard to leave in the middle. There are many levels or villages in this game and as you scale higher, the difficulty level increases. Having said that, there are many ways to beat your opponent by playing the game wisely.

Raids are an intrinsic part of the winning strategy and you can check out more details on how to conduct big raids in Coin Master by clicking here.