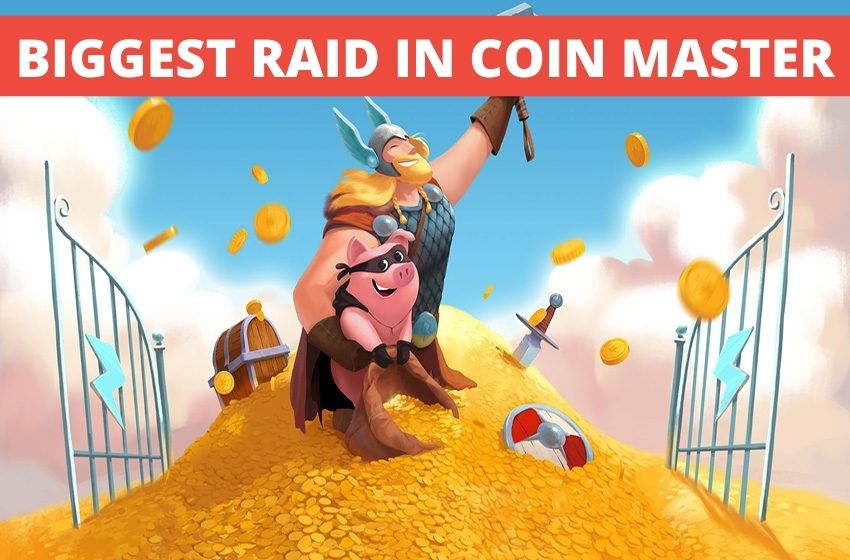 One of the best opportunities to win a lot of coins in Coin Master occurs when you conduct a big raid.

But what exactly is a Big Raid?

Now, this is a technique in the game when you play by betting the maximum and raid a Coin Master who has millions of coins in his stack.

And Foxy happens to be a great asset when performing raids. This is a pet that can help make really big raids and collect a large number of coins. It is not impossible to win 6 billion or even more coins through this technique. Thus, you can stash billions of coins to buy a large number of chests and to advance to new villages.

Also Checkout: Villages that can give maximum coins and spins

How to Make Big Raids in Coin Master

Here are some simple and easy things that you need to keep in mind while making big raids so that you can collect as many coins as possible:

One of the most important things to remember here is that to make big raids in Coin Master you must play at maximum bet. Now, you can use this technique only when you have been able to save at least 1000 spins. Another way is to play during Best Blast.

2. Multiply only when Coin Master has a huge winning

While in the game, it is possible to see who your Coin Master is. You can also check out the number of coins that you can win.

Now, it is important to conduct a big raid only if you can win a large number of coins. Since you have to spend a whole lot of spins while conducting such a raid, there’s no point in making a raid when you don’t have as many coins to win. A million coins is a good yardstick.

In other words, you should make a big raid when you can see that can win more than a million coins or else you wait for another opportunity.

3. Play with Foxy for bigger raids

Foxy happens to be my favorite pet in this game and very rightly so. It can be a big help while making big raids. You must have Foxy fed well and the benefit that you are likely to receive is that the amount of coins that you win by making such a rate is going to be multiplied by the percentage that your Foxy bears. For instance, if it shows 73%, then your winning coins will be multiplied by 73.

You must use your XP to upgrade Foxy as much as possible. Moreover, you must feed Foxy when you begin playing and it will remain active for the next one hour.

4. Don’t lose all your spins in Big raids

Now, there’s an important thing to watch out for. When you make a big raid, you have to spend a large amount of spins. Thus, it is important to play wisely.

In between raids, you also get attacked. Even though this is not a hard rule, more often than not, you get 3 attacks in between two raids. Thus, after you have made a raid, try to lower your bet to 1x and after the three attacks, it would be wise to increase your bet again.

Having said that, you need to figure out the pattern in between attacks and the raids.

You can also: Change your person raid to make it perfect

The importance of having a large pile of coins cannot be undermined in this game, especially when it comes to big raids. In order to play big raids, you must have friends that have a large stack of coins with them. You can raid them and win big.

Now, you too must have a large stock of coins with you. This makes it possible for your friends to raid you.

Even though having a large number of coins makes you more prone to getting raided but the fact of the matter is that if you yourself can make a couple of bog raids, then it quite possible that you won’t even notice when you have been raided.

In simple words, you and your friend can both grow their coins exponentially by raiding each other.

In this account, keep just a few friends that have a large number of coins with them. With this second account also start raiding your friends on 50 or 75x. With such raids, you will grow your coin stock very quickly and the only ones raiding are you and your Facebook friends that give a lot of coins back to you. So, it’s a win-win situation.